So it's been a while since I last updated.  Just wanted to make sure this page didn't look abandoned or dead. I'm still working on this game. The main reason I haven't really posted any updates recently is because a lot of what I've been working on has been background stuff (things like adjusting certain aspects of the engine, story brainstorming, and minor adjustments to a bunch of little things) That being said, I've posted a couple of music tracks on the YouTube page. (music is also something I've been working on) and of course concept art, finalizing character designs, etc... the background image on this page is MUCH closer to how Lilly was intended to look, and should be how she looks from now on.

my current goals now are the following:

create sprites for Venus and Kat, and the main antagonist.

already got Venus's idle sprite done, all they really need are idle and walking sprites, but I might add more if I feel it necessary

their "house" or "base" or whatever would be the place the game starts, and also the place the player will return too to do things like save the game, replenish health, or just talk to other characters . it won't be a super important area aside from saving, but I wanna flesh it out with a bunch of neat little Easter eggs and things to do.

yes, there will be a very short cut scene that plays when ever the game boots. it's nothing spectacular, in fact I'll just explain it right now. it starts off in outer space with a shot of the planet, then zooms into orbit to show a shot of a mysterious capsule orbiting the planet, in which a timer is counting down to zero. when the timer reaches zero, the capsule opens and something rockets out of it, crashing into the planet. The games plot itself will take place immediately after this happens. The cut scene is about a minute long, and is about 45% finished, without polish.

the level currently in the demo is not the level that will be in the final game. that's just a test level. although, the final level will probably resemble it a lot.

This is kinda already in the current build. You can find a flower up within the first stage that allows you to throw bombs. I want to expand on this, and I also want to make a separate meter for things like this. the original idea for items was going to be to hide them within blocks and the player would find them and use them then (similar to Mario games). I've decided to change it to an upgrade system. there will be a certain type of item found in stages. you will be able to trade this for upgrades.

There's a lot more I'd like to talk about, however I don't wanna make this post too long. So I'll stop here. I'll also include a few images/screenshots for what I've been doing just so you can see for yourself. I might update the game again soon, but it won't be a big one. just a few minor changes. I hope to have everything above functioning in the following update after this one. 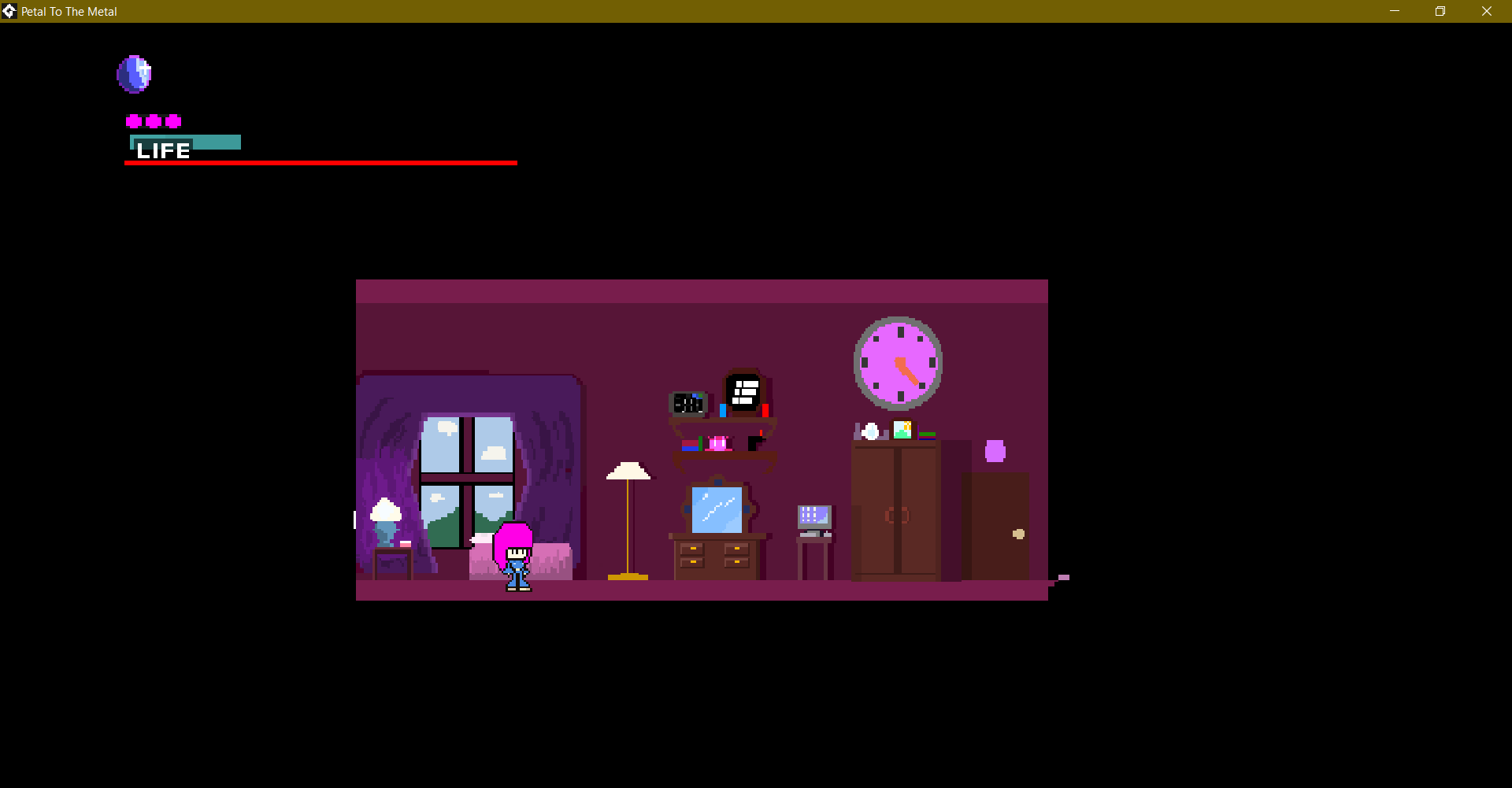 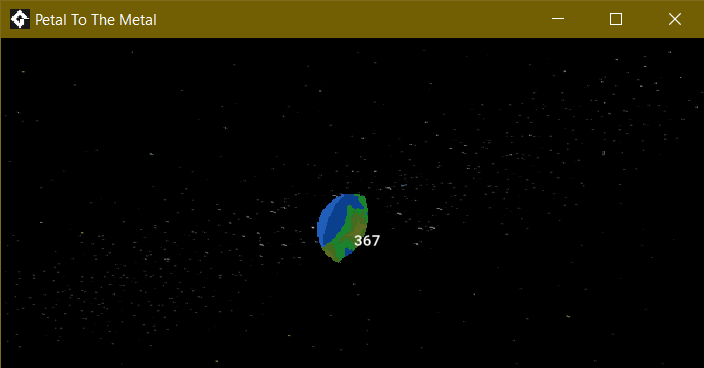 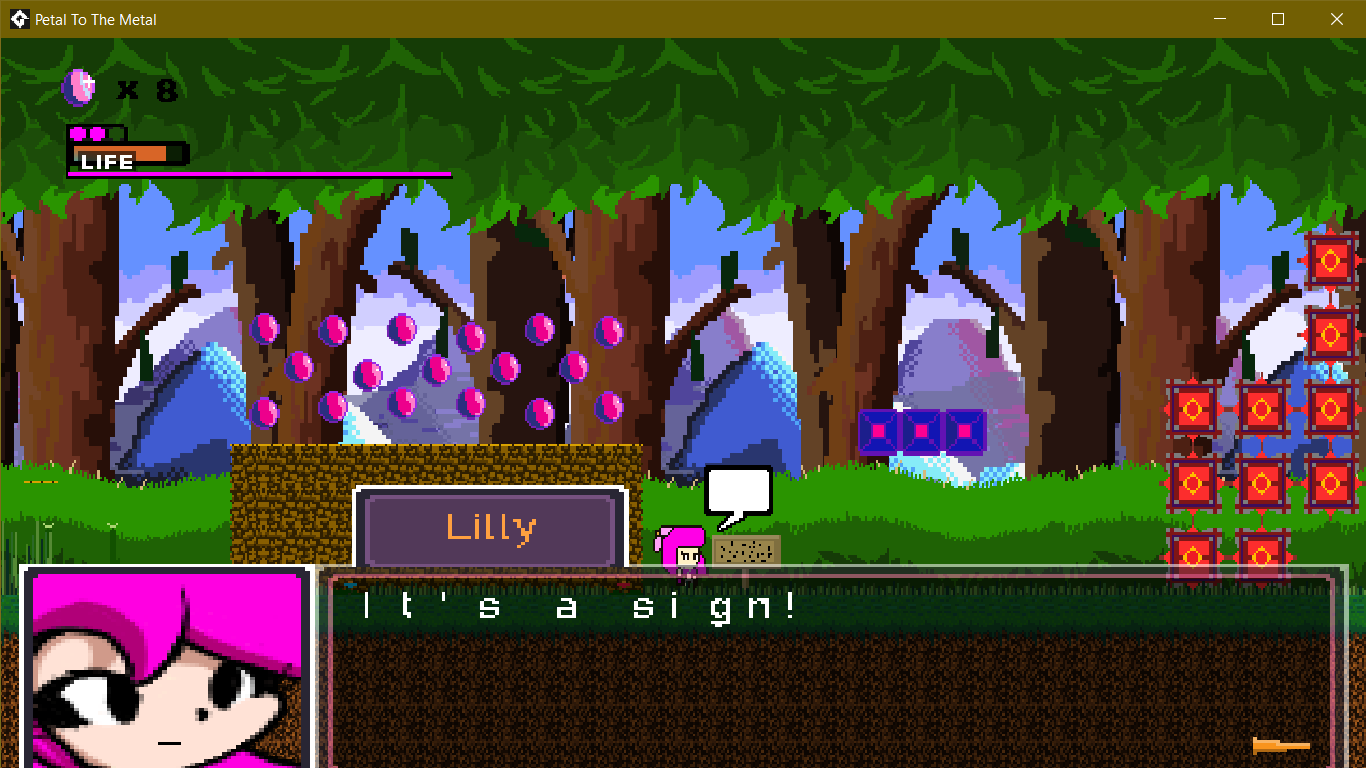 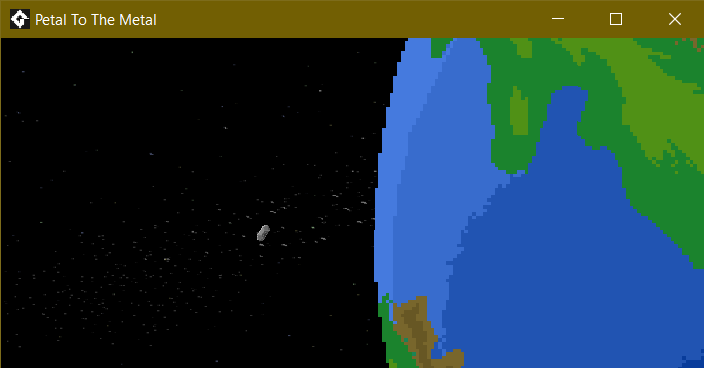 Get Petal to the Metal (Alpha)

Petal to the Metal (Alpha)